The Butter Quartet consists of four musicians brought together by their mutual love of vibrant historically-informed performance of string quartets.

The members of the Butter Quartet first formed as participants in a course at the Royal Conservatory of The Hague, but soon developed a passion and dynamic that extended beyond their studies. They have been featured in festivals and series internationally, such as at the National Forum for Music in Poland. They have also appeared on BBC Radio 3 and Dutch station Radio West.

After competing as finalists in the 2019 York Early Music International Young Artists Competition, they were awarded a place in the EEEMERGING+ programme. The Butter Quartet is a recipient of the Early Music America Summer Scholarship, a scholarship from the Adriana Jacoba Fonds, and a grant from the Prins Bernhard Cultuurfonds.

The ensemble enjoys integrating their research on 19th-century performance practice into powerful live performances. They value a strong connection with their audiences, playing in diverse spaces and speaking during concerts. In addition to early quartet repertoire, the Butter Quartet is interested in contemporary music, bringing the same spirit of discovery to newly-composed works for historically-setup instruments. In summer 2018, they premiered a piece written by Rachel Walker entitled Mycelia Whisper Lines.

They have had coachings with renowned musicians and researchers such as Midori Seiler, Kati Debretzeni, Shunske Sato, Claire Holden, and Clive Brown. They have also worked with string quartets Eybler, JACK, and Parker at the Banff Centre for Arts and Creativity in Canada where they attended the Evolution of the String Quartet program. 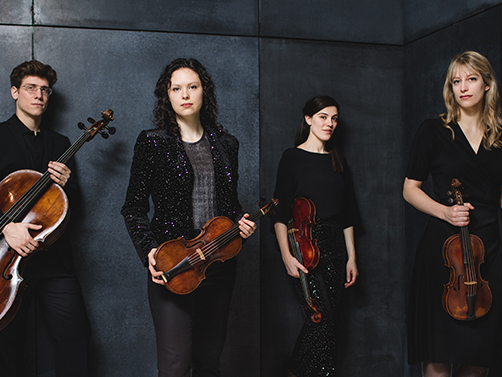