Palisander prides itself on presenting imaginative, historical programmes with a wide range of repertoire; performing largely from memory, on recorders up to 6 feet tall.

Comprised of alumni from the Guildhall School of Music and Drama and Royal College of Music, Palisander has quickly established itself as a vibrant young ensemble.

In 2016, Palisander was selected for the St John’s Smith Square Young Artists’ Scheme and in 2015 the quartet was selected for the Brighton Early Music Festival’s ‘Early Music Live!’ scheme. Recent winners of the London International Exhibition of Early Music’s inaugural Early Music Young Ensemble Competition, Palisander has performed at Newbury Spring Festival, Cheltenham Music Festival and London Festival of Baroque Music, as well as for London Fashion Week. The quartet’s international performances include Japan, Russia, Israel and several performances in France, as part of LFJ Festivals. Palisander has featured on radio, including BBC Radio 3.

Palisander’s debut album, Beware the Spider! was released in 2017 and received a 4 star review from BBC Music Magazine.

In the frame of the EEEMERGING+ programme, Palisander is part of an new intergenerational project called ‘To the Four Winds’ in association with Festival d’Ambronay – Centre culturel de rencontre. They will visit Ambronay and the surrounding areas for four week long residencies between November 2019 and May 2020, with the aim of designing an inclusive concert format involving the local community: working with High School students, Pre-School children, elderly people, primary school students, people learning music in adulthood and students from a music specialist school.

The ensemble entered the EEEMERGING programme in 2019 and has been selected for a second year of support in 2020. 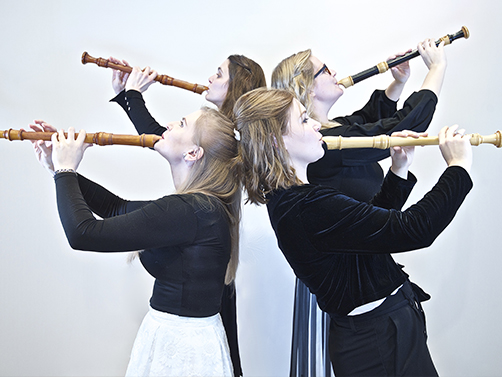