L’Apothéose was born in December 2015 like a space of celebration, reflection and experimentation for its members.

From its beginnings, they wanted to take the historical interpretation to the highest level, maintaining clear ideas and joining all their knowledge to convey to the listener the emotional content and rhetoric of each composer. They receive the recognition of the public in each concert for its vigorousness and expression.

Its interpreters have a solid classical and historicist academic training and have been part of ensembles such as the Capilla Real de Madrid, La Madrileña, Bachorchester Mainz, Insula Orchestra and the Spanish National Orchestra among others.

Its chamber music repertoire ranges from the early baroque to the end of classicism, traveling through all the great European nations and their different styles. 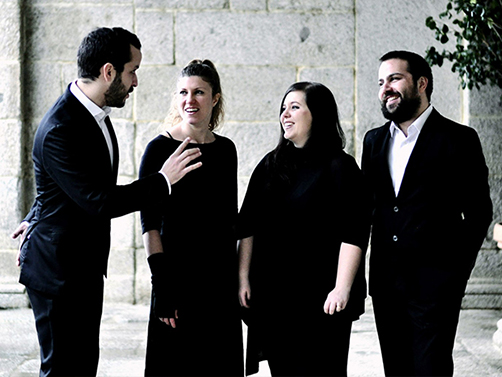